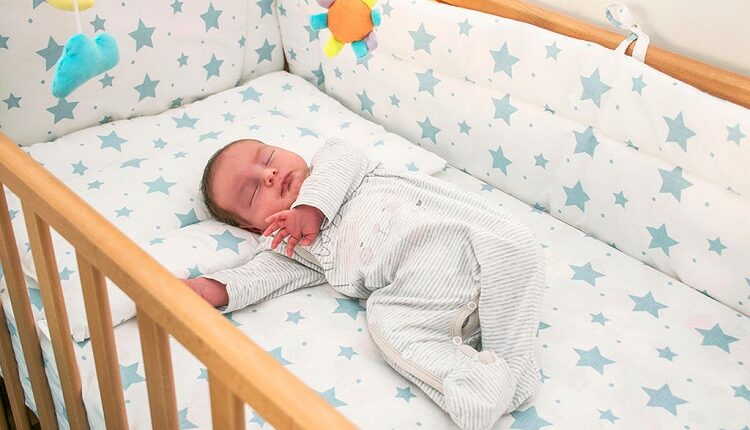 According to a story in Consumer Reports, a bipartisan bill, the Safe Cribs Act, has been brought to Congress with the intention of banning the manufacture, distribution or importing of crib bumpers. Pediatricians argue that soft bumpers are a leading cause of infant deaths.

This is particularly alarming considering how many cribs are sold with soft bumpers, even though this goes against recommendations by the American Academy of Pediatrics. According to the association, nothing should be in a baby’s crib. It should be bare and free of soft bedding. The group recommends that children should sleep alone, on their backs. Yet, the majority of retailers selling nursery and baby gear continue to sell soft bumpers that are attached to the insides of cribs.

The bill was introduced by Rep. Janice Schakowsky in the House of Representatives before passing and going before the Senate Floor. The bill is being sponsored by Senators Rob Portman (R-OH) and Tammy Duckworth (D-IL), and Richard Blumenthal (D-CT).

It’s not surprising that parents assume that because soft bumpers are widely advertised and sold, that they must be safe. Few parents imagine that retailers would sell dangerous items, and, perhaps few retailers believe that the government would allow them to sell something so potentially dangerous.

Time and time again, we have been reminded that just because something is legal, doesn’t mean it’s safe. Prior to this bill, there were many studies based on unimpeachable empirical evidence, showing that these soft bumpers as well as other bedding items, could result in sudden infant death syndrome (SIDS).

The American Academy of Pediatrics has preached for years about the dangers of padded crib bumpers, because of all the evidence against them. Yet, the mere presence of a thriving market has sent a signal to parents and retailers that these are safe products.

When a parent is buying Franklin and Ben cribs, the last thing they need is confused messaging telling them it’s okay to buy soft padded bumpers.

Yet, the industry constantly bombards parents with adverts telling them that they need soft padded bumpers so that their baby’s arms and legs don’t end up stuck in the crib’s cracks. This is despite the fact that there is no scientific evidence that this is even a problem. Parents have been made to believe that they need to protect their children from a non-existing threat. The price of this is steep.

This bill must be applauded as an essential clarifying of the message. Babies must be kept safe. There cannot be a market for products harmful to babies.

The Safe Cribs Act is not just a bipartisan bill, it has the support of many organizations, such as the AAP, Consumer Federation of America, Consumer Reports, Kids In Danger, and the, Public Citizen.

Importance of Investing in an Experienced Bankruptcy Lawyer

How can a criminal record impact your future?

Daniel Alan Feb 5, 2023 0
webIf you're a sci-fi fan, then you've probably heard of Loranocarter+Leinster. It's an epic space opera that has…

How to Get Over the Fear of Driving Long Distances