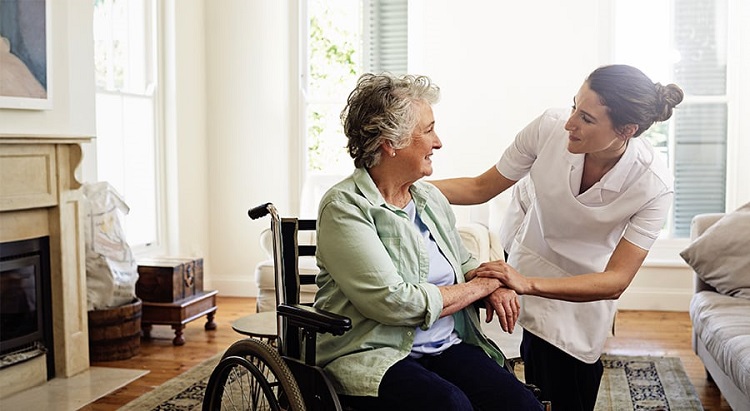 The $400 billion in earmarks were a surprise to many people. It is a response to a secular crisis in caregiving, a crisis whose repercussions can be seen in the pandemic. The plan will expand access for low-income Medicaid patients to long-term care services. It will aim at creating middle-class jobs with the option to become part of a union.

At present, home care workers are paid around $12 per hour. This is likely a key driving in an industry turnover rate of 50%. Given that the American population is ageing and that estimates say a fifth of Americans will be over 65 years of age by the year 2030, as opposed to 16.5% in 2019, there is a massive need to create incentives for workers to enter and remain in the industry.

With changing demographics, more and more Americans will be concerned about how they will live out their sunset years. Will they live independently, or be cared for in an adult day care center, or will they live in a nursing home? As America ages, the healthcare support industry is expected to have 22.6% more jobs by 2029. This will make it the biggest job creator of the industries expected to grow the most over the next decade.

The plan is still being developed and negotiated, but it does send a signal that the president has a holistic view of infrastructure and is supportive of the right of health care workers to unionize.

The plan is already facing push back and resistance will surely grow. The $300 billion home care industry’s profitability would decline if it was forced to pay its workers better wages. Investment in supporting workers challenges the industry in fundamental ways.

The promise of higher wages, better benefits and an improved bargaining position, has been met with strong support by health care workers.

One thing to note is that home care workers have different sets of skills and experience. The plan cites $12 per hour as the average wage of home care workers, but using this specifically with reference to nursing assistants, who are also known as home health aides or personal care aides. Their work only requires a high school diploma in terms of education. These workers are largely employed by small businesses, who make up over three quarters of the industry. The market is extremely challenging and no firm has more than 0.5% market share. This means that low wages are necessary for these firms to make a profit. Thus, the Biden Administration is challenged with improving wages on the one hand, without killing small businesses on the other. It is a challenging task.

Influencers Are More Important than Ever

Importance of Investing in an Experienced Bankruptcy Lawyer

How can a criminal record impact your future?

The New Kid in The Vape Block

How Different Governments and Organizations Are Addressing Public Health Concerns

Ana Sousa Nov 23, 2022 0
The public health concerns of governments and organizations can vary greatly. Some may be more focused on…

How To Prove a Medication Lawsuit Case

Compelling Reasons Why You Might Want To Trade Stocks

What Does Manufacturing Experience Mean?